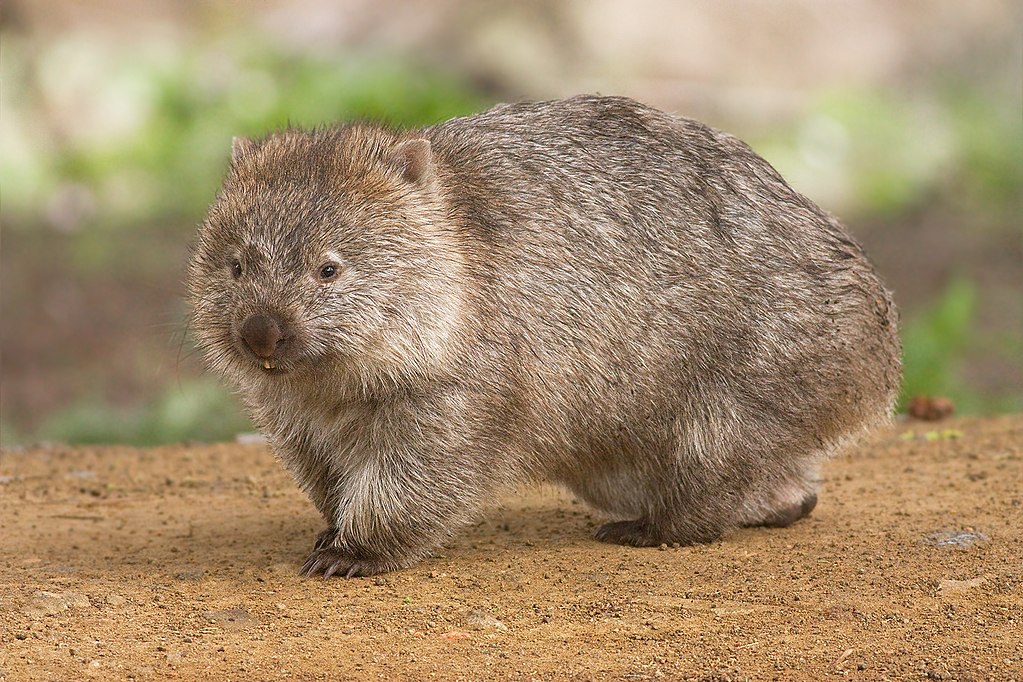 Wombats are one of Australia’s most loved marsupials, but they are often misunderstood. In children’s books they are described as slow and clumsy, yet, they can actually run faster than a human or dog over a short distance.

Muddle-headed wombats! No, they are quick to learn and they have adapted to their life underground. However, the stories about heroic wombats herding other animals to saftey into their fire-proof burrows are not true. Nevertheless, wombats may have helped many animals during the recent bushfires in Australia. It might not have been their intention, but their burrows provide a safe refuge underground.

Wombats dig large warrens, and the networks of interconnecting burrows have temperatures are very stable compared to surface temperatures. Daily temperature fluctuations can be less than 1° Celsius as compared to 24 degrees on the surface. The coolish burrows would be great help during fires so many small mammals use wombat burrows to hide from the flames.

Wombats do not have one burrow, instead they have multiple burrows, one study found a wombat with 14 different burows. The warrens can have several entrances and can consist of almost 100 metres of tunnels.

But surviving fire is only half the battle. The food in a landscape barren after a bush fire is scare and it is vital to avoid predators.

“Down a burrow, dug in deep.

A wombat curled up, fast asleep.

In other tunnels big and round

Other creatures can be found.” Bushfire by Tricia Oktober

Earth sheltering is sustainable approach to building houses. Design a house or a suburb or town inspired by wombats. For inspiration check out this these designs.

4 Replies to “Biomimicry, Bushfires and Wombats”